There’s a big difference between casual, submerged sightseeing — happy-snapping pictures of whatever you run across while blowing bubbles — and diving dedicated to carefully searching select sites, sometimes during a particular season or time of day, to find and photograph predefined species. It’s possible to luck out while wandering about, but success more often […] Photogrammetry is the process of collecting a series of still images or videos of an object, such as a shipwreck, and then loading those images into software that can triangulate the photographed points to create a 3D model. Plenty of real-world applications can use this technology, including architecture, engineering, forensics, archaeology, mapping and video games. Becky Kagan Schott enjoys seeing wrecks come to life in a way that a single photo could never accomplish. Octopuses hole up in small dens, are quite excellent at camouflage and are most active at night, so not all divers have seen one on a dive. But biologist Matthew Birk, who studies octopuses, felt that never having seen one in the wild was a blemish on his career and sought to remedy the situation on a trip to Santa Catalina Island off Southern California. Aside from allowing me to avoid that sunrise alarm, shore diving offers other freedoms as well: the last-minute choice of a dive site, the ability to do a two-hour dive without worrying a boat crew and the liberty to add a dive to my day if conditions allow. As an added benefit, beach diving can be quite economical compared with boat diving. And some of the most incredible sites in the world are most easily dived from the beach Annie Crawley and her dive team of kids and teens are among the divers who frequent the Edmonds Underwater Park marine protected area just north of Seattle, Washington, in the Puget Sound area of the Salish Sea. With drysuits on and cameras in hand, the young ocean explorers document the underwater world with Crawley as their mentor and guide. Their mission: be a voice for the ocean. My buddy and I ascended to 20 feet for our safety stop. As soon as we surfaced I thought I saw the boat moving away from me but quickly realized I was disoriented. It felt like vertigo, but I managed to get on board the boat. I removed my gear and was talking to my buddy when I started involuntarily leaning forward until I lost my balance and collapsed face-down on the deck. I felt paralyzed and couldn’t get up. Known for their striking colors, patterns and forms, nudibranchs are found in seas all over the world. Sculptor Gar Waterman’s fascination with these sea slugs extends beyond his aesthetic appreciation for their unique, organic form. Because most nudibranchs have a life span of less than a year and adapt rapidly to changes in their environment, they help scientists understand the impact of global warming on ocean health. With each nudibranch that he has cut, chiseled and polished from stone, Waterman hopes to communicate their quirky beauty and scientific role. Swimming is a noncontact physical activity that lets you be socially distant while still receiving many health benefits. Exercising in water can increase cardiac function, reduce blood pressure and improve muscle blood flow, respiratory function and brain function. Water reduces joint impact, so you can do high-intensity exercise with little to no discomfort from impact. Swimming targets your entire body and allows a greater range of motion for joints than land-based exercise. Blood flows more freely to your upper body, while the water supports you and lowers gravity’s impact. 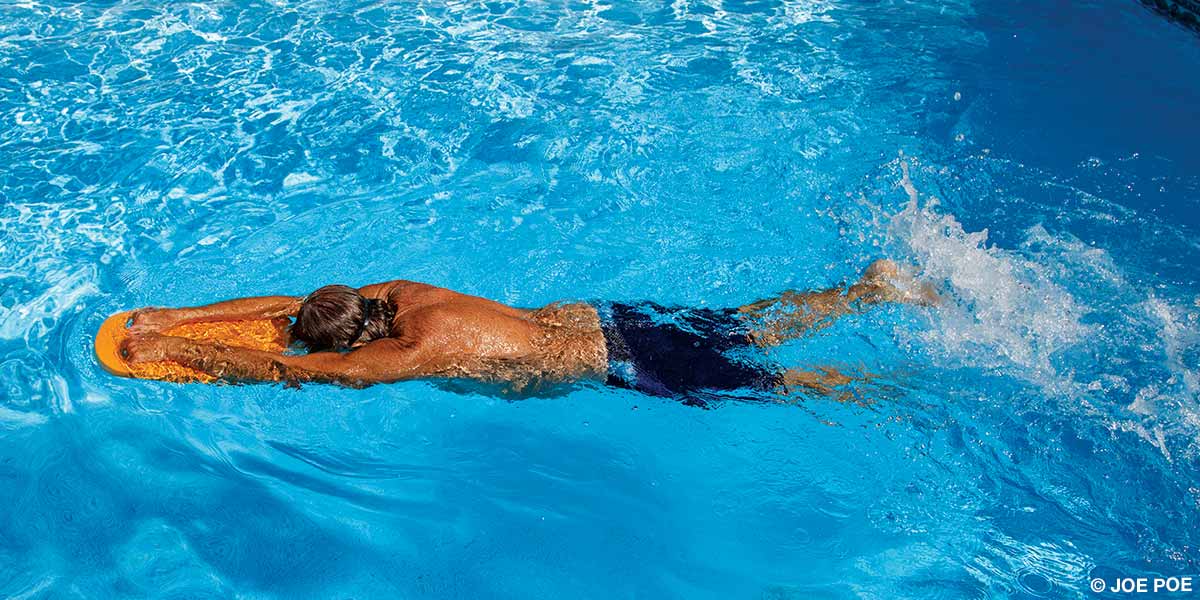 More than 100 interns over 20 years have participated in DAN’s internship programs, working with established mentors in research, risk mitigation or medicine to gain knowledge and valuable professional experience while contributing to DAN operations. This year five interns traveled to Durham, North Carolina, to participate in the program.